The 2020 Top Gun began in cooler than normal conditions with two teams of ten playing a rapid fire format over 5 holes each. This left 5 from each group to merge on the first hole to form the “Supergroup” of 10 to battle out the final nine holes. During the rapid fire section, on the first hole we lost last years Champion Jamie Power and Gavin Wilson. On the second hole we lost Garry Jones and Joe Keaveny. On the third hole we lost Dave Fletcher and Serge Yardin.   On the 4th hole we lost Peter Sliwinski and Brett Philpott. On the 5th hole we lost Richard Briety and Ron Ayton.

Both groups then merged to form the “Supergoup.” 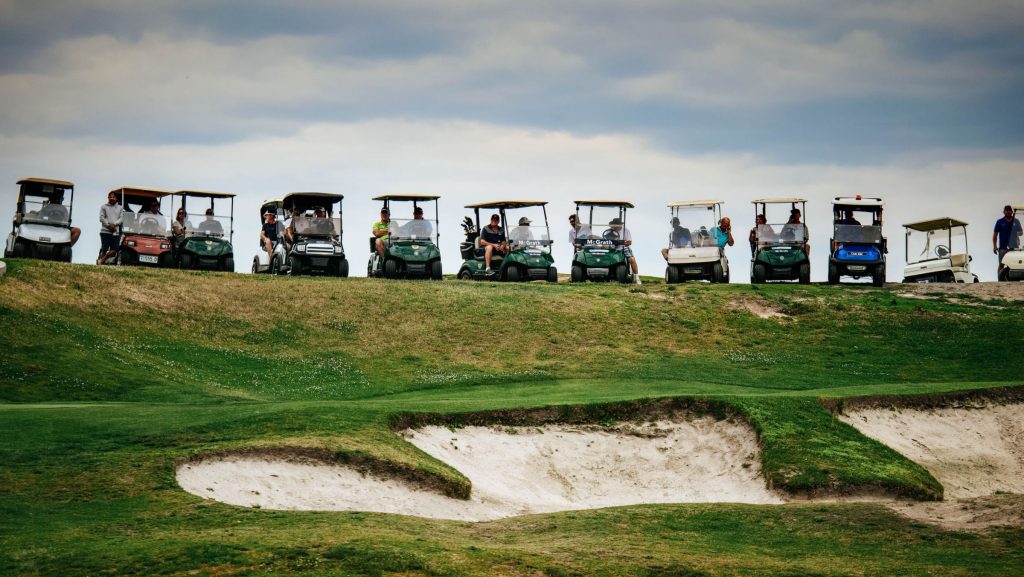 On the first hole we lost Jeff Betts. On the second hole we lost Mark Brownlow.   On the third hole we lost Wildcard entry Scott Wilcockson who played great all day. On the fourth hole we lost previous champion Brad Spurway in a chip off over the right bunker to a tight pin. The chip Brad hit ordinarily would win any chip off, but as the nature of Top Gun some great chips by Ron Carpenter and a spinning pitch by Brodie Knowles knocked Brad out. 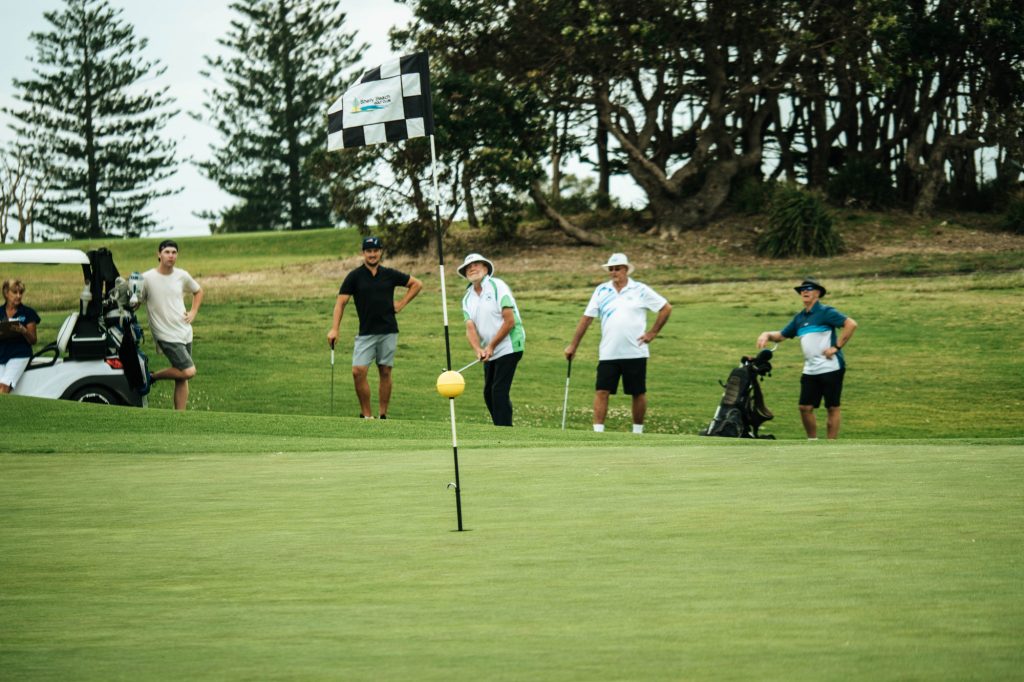 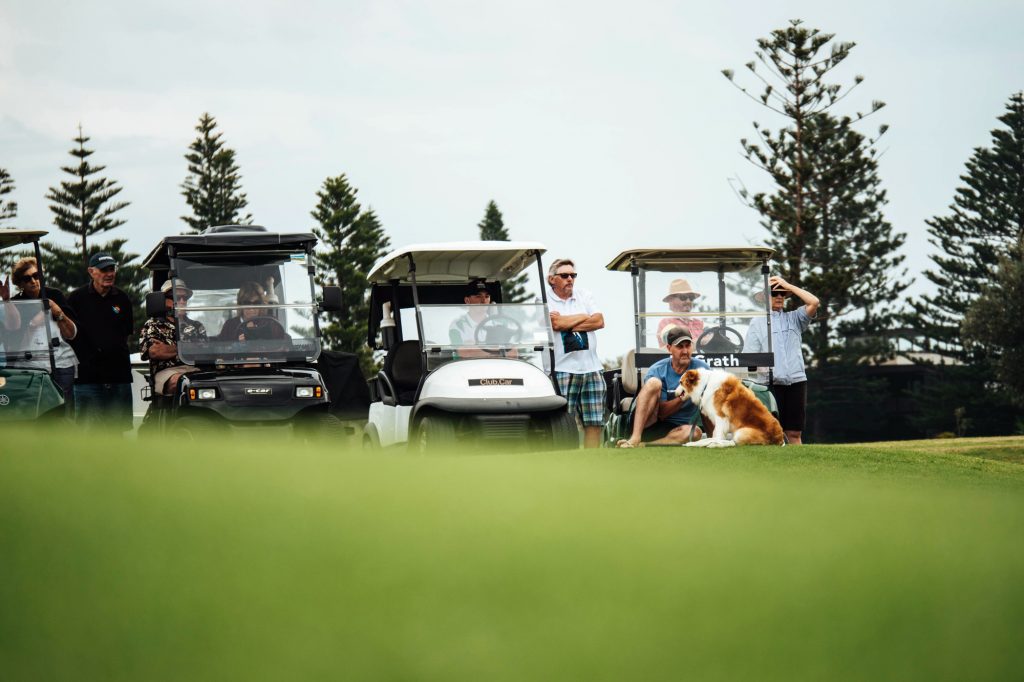 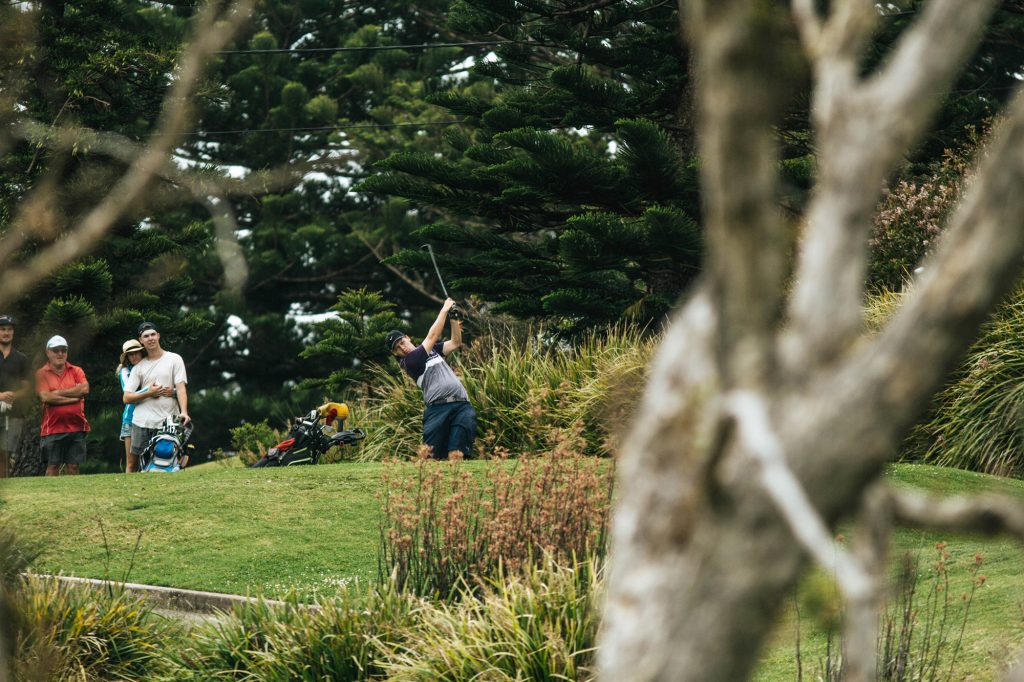 All along the way the crowd was impressed by the ball striking and scoring of Shaun Brownlow. Shaun was 3 or 4 under the card at this stage playing superbly. More so when he birdied the 5th hole to avoid a chip off.

On the 5th hole Keith Slough was knocked out in a chip off. It looked like the long day had taken its toll on Keith and I’m sure he slept well that night.

On the 15th hole, Kai Janson was knocked out. Kai thrilled the crowd with some long hitting bombs through the day.

On the 16th hole we said good bye to Ron Carpenter. Ron was a late inclusion in the event and had played 9 holes earlier in the day, to then be pulled off the golf course to compete in the Top Gun as a late replacement. Well done Ron. 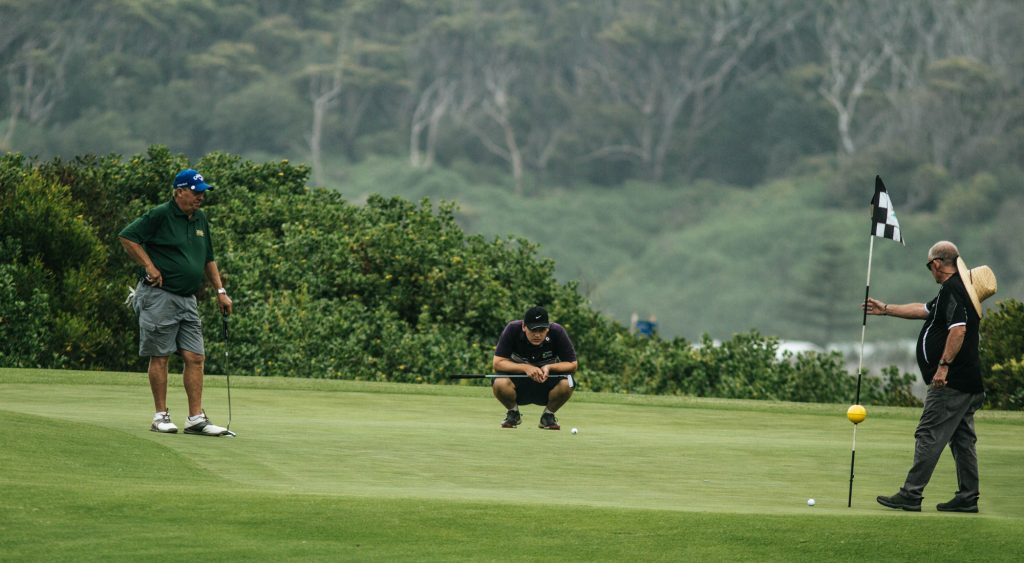 On the 17th hole, Big hitting Brodie Knowles blocked his tee shot Out of bounds to allow Arthur White and Shaun Brownlow to shoot it out for the Top Gun title. With Storms looming, Shaun boomed his drive up 18 to which Arthur commented “How can I hit after that.” Well Arthur replied and hit his best tee shot of the day straight up the middle. He then nailed his second shot up the middle again. Shaun Brownlow played smart taking and iron for his second shot leaving him less than100m from the green. Arthur blocked his third shot into the pine trees and got a friendly kick out. His chip shot just failed to make the green leaving himself a 35 foot putt. He then stroked his ball to within a foot and tapped in for 6/2. Shaun hit his third shot onto the green to 12 feet. One putt would win the title. He hit a solid putt which took the left of the hole and spun out. He tapped in for 5/2. Shaun had completed regulation play in 4 under par! A chip off would determine the winner. A chip spot was selected behind the left bunker. Shaun inexplicably chunked his chip into the bunker. All Arthur had to do was to chip his ball anywhere on the green to win the title. He calmly struck his wedge perfectly onto the green to 8 foot crowing him the champion. The crowd took cover as 10 minutes later a storm rolled in.

Congratulations to Arthur White for winning this years event. Thanks again to Ken Ryan from Coast and Country Insurance for his long term sponsorship of the event. 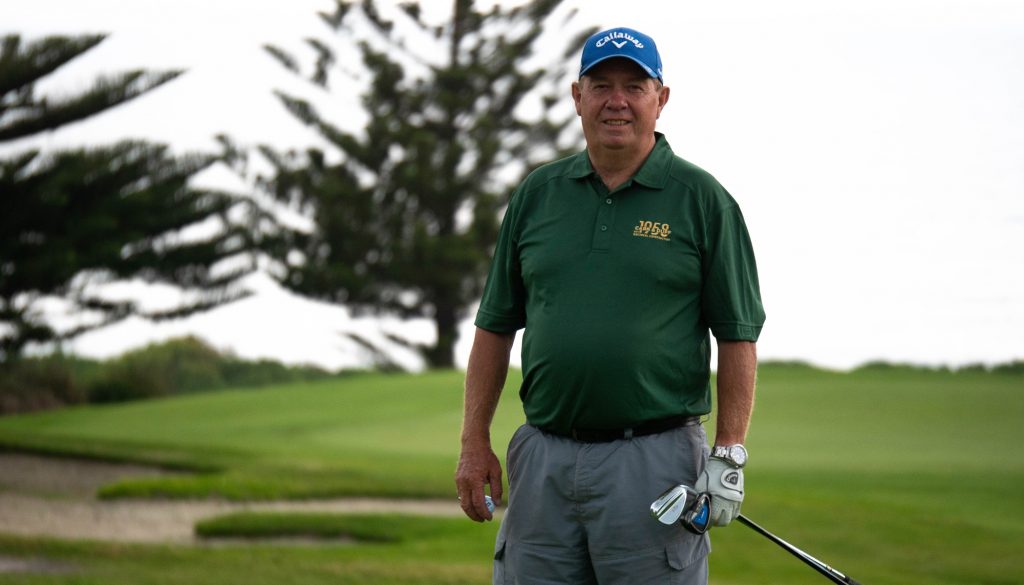 Back to News Back to Category